LED lights are more popular and commonly used in the in the lighting industry than ever before.

The rise in the use of LED lights in commercial or retail properties is similar to reasons they are also popular in domestic properties; partly due to regulations phasing out older lighting styles and partly due to cheaper costs and benefits associated with LED lighting.

The history of LED’s goes back some years. In 1962 while working for General Electric, Nick Holonyak, Jr., invented the first visible-spectrum LED. However, it wasn’t until the 1990s that the white LED was discovered when researchers coated blue LED diodes with a phosphor to make them appear white.

To make LEDs a viable option for lighting, researchers had to first improve the efficiency of LEDs, as early versions were no more efficient than incandescent bulbs. Government incentives and a push for greener lighting technologies saw the lighting industry quickly forge forward with new developments.

But as with most emerging technologies – the costs of early LED innovations were prohibitive for most businesses. There was also an issue with light quality – LED lights back in the day couldn’t compete with traditional lighting systems in brightness or tone of light.

The dark days are over 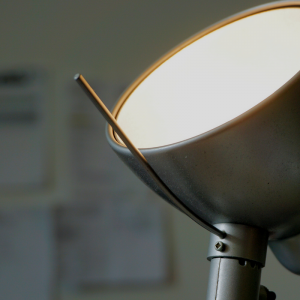 Lighting companies and innovators continued to work on the quality of light and the energy efficiency of LEDs and most importantly – managed to lower the costs. This brought us into a new era of LED technology; one where LED lighting finally overtook traditional lighting both in terms of efficiency and quality.

Amazingly, it’s now reported that the cost of LED bulbs has fallen more than 85 percent since 2008!

The LED bulbs we use today are six to seven times more energy efficient than conventional light bulbs, can cut energy use by more than 80 percent AND last more than 25 times longer.

These benefits led to the boom we have seen in recent years of LED uptake, not only domestic settings but commercial too.

Energy suppliers e-on reported in The Telegraph, in 2017 that global market sales of LEDs were expected to reach around $30.5bn (£23bn), or roughly 36pc of the total value of global lighting sales. Which is when you think about it, an amazing growth for an innovation that only reached the mass market in 1997. 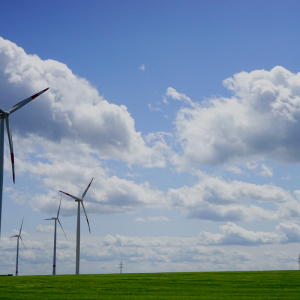 So what makes the LED light so great for commercial applications?

LED lights have quickly spread in some areas such as public signage, the use inside of cars and planes, the majority of our street lamps, and inside our homes, but commercial uptake has been moving at a slower pace.

That is all changing now though with the EU changes to lighting regulations, and their ambitious plans for energy spent on lighting in the UK.

PLASA reports that in the Commission’s Eco-design Working Plan 2016-2019, the revision of the implementing acts for lighting products is mentioned as one of the major energy-saving opportunities, with anticipated 125 TWh per year of primary energy savings in 2030 (combined effect of eco-design and energy labelling).

If you are making the move towards a greener business and want to benefit from lower energy bills, then get in touch with us via our contact page.