You are here: HomeBlogLED Lighting for Business

Don’t underestimate the significance of lighting when it comes to energy consumption. According to the Carbon Trust, lighting accounts for 20% of energy consumption in commercial and industrial buildings, and may make up a sizeable chunk of a building’s total electricity bill – as much as 40%.

In other words, choose more energy efficient lighting and you can make real inroads into cutting your overall energy costs.

As providers of specialist commercial and industrial lighting services, we think energy efficiency needs to be a key concern for businesses, because it’s an ideal way of reducing overheads and operating costs; and with LED technology, the solutions are readily available.

LED lighting has the potential to revolutionise energy use. In an uncertain economic climate, anything that can save businesses money has great value, and LED lighting solutions are an ideal investment, which can bring about immediate rewards. 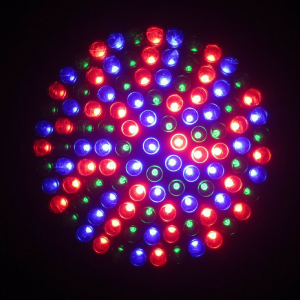 What Are LED Lights?

LED stands for light emitting diodes. LEDs are found in large numbers of diverse electric devices, including digital clocks, where they form the numbers, and traffic lights. If you put numbers of them together they can light up large-scale television display screens.

Blue LEDs followed, but the breakthrough for lighting applications came with the development of the white LED. While early versions were expensive and inefficient, the light input and efficiency has increased in leaps and bounds, and the costs have come down.

A basic description of LEDs is that they are tiny lightbulbs fitted into electrical circuits. Where they differ from normal lightbulbs is that they have no filament. This means they won’t burn out, and they don’t generate much heat.

They last significantly longer than standard, incandescent lightbulbs – by thousands of hours.

How Do LEDs Work?

LEDs work on the principle of electroluminescence. This is the emission of light, under the influence of an electric field, from a semiconductor. 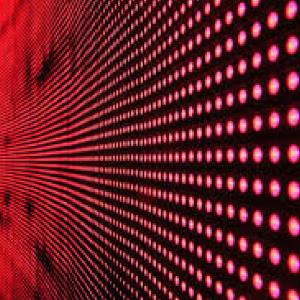 Diodes produce light as a form of energy. This energy is made up of particles called photons, the most basic unit of light.

Visible light-emitting diodes (VLEDS) contain materials with a wider gap between the conduction band (a band of energy levels partly filled with electrons) and a lower orbital (where the electrons move together). The size of this gap determines the frequency of the photon, and therefore the colour of the light emitted.

All diodes release light, but most aren’t very effective at doing it. In ordinary diodes, the semiconductor material absorbs a great deal of the light.

With LEDs, they are specially made to release larger numbers of photons outward. LED bulbs have a plastic housing to concentrate their light in a specific direction. Most of the light that the diode produces bounces off the sides of the bulb and is channelled through the rounded end.

What Are The Advantages of LED Lights?

The main advantage LEDs have over conventional incandescent lamps is their efficiency. 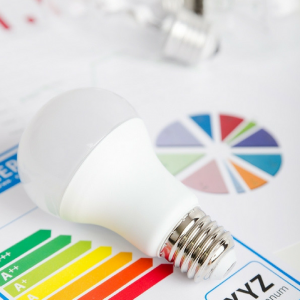 In a normal lamp, it must first have a warm filament to produce light, therefore generating a lot of heat. This heat is wasted energy, because most of it isn’t producing visible light.

By contrast, LEDs don’t produce much heat at all, with a far higher percentage of their electrical power directly generating light. This dramatically cuts down the demands on electricity.

When it comes to wattage, LEDs output more lumens of light than normal, incandescent bulbs, because these diodes have a higher luminous efficiency.

Since 2000, the price of the semiconductor material used for LEDs has dropped by a huge amount, making them an attractive, cost-effective lighting option in many different settings, from domestic to commercial, industrial and retail.

With a reduction in cost accompanying technological advances, LEDs are now suitable for an increasingly diverse range of applications and settings, providing people with better energy efficient choices.

Already there is more use of LEDs in office lighting, as a means of focusing light in one direction. Here, we’re talking about desklamps and improving overall ambient light.

For hospitality sector, restaurants and hotels can reduce energy bills by fitting LED lights, helping combat the significant cost of overheads they can face.

Warehouses will find that with their low emission of heat, LED lighting is an attractive, and safer, alternative to standard incandescent lighting.

Domestic users find that using LEDs means lighting a home with the same amount of light for less money, making it a fast way to cut energy bills.

LEDs can come in sizes as small as 2mm, making them supremely adaptable for fitting in hard to reach places. Because they have no filament, they can withstand greater shocks and vibrations than standard lights. 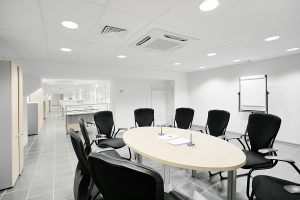 What Are The Business Benefits of LED Lighting?

For the greatest efficiencies, businesses must tailor their approach to energy efficiency to fit their way of working. With increased versatility in LED lighting solutions, this means most businesses can benefit from making the switch.

It is key, therefore, to look at lighting as a strategic business measure. The initial investment may seem costly, but the potential returns can make a difference to the bottom line quite rapidly.

This is because LEDs have such a long lifespan, and are so energy efficient; compared to a standard 50w halogen lamp, for example, where a mere 10% of the electricity it consumes is used to generate light. Imagine this in terms of scale, where a large commercial space is currently using row upon row of these inefficient lights.

They’re also good for a business’s eco credentials, because they contain no mercury or harmful gasses, and they don’t emit harmful UV rays. An LED light emits less carbon dioxide than the equivalent standard bulb.

IDES UK specialises in LED products for specific industries, such mechanic and garage lighting. We also provide a range of industrial and commercial lighting solutions.

Discover how we can work with you to make your business more energy efficient. Email enquiry@idesuk.com or call 08432 894645. We’re ready for the future of lighting. Are you?