Could We Replace Lights With Plants in The Future?

You are here: HomeBlogCould We Replace Lights With Plants in The Future?

It was announced before Christmas that engineers at the world-famous Massachusetts Institute of Technology (MIT) had created plants that glow. Before we all get too excited, the light only lasted three and half hours and wasn’t enough to read by, but this is the start of a programme which could see endless exciting possibilities in the future. Could plants replace lights in the future?

Plants as a Light Source 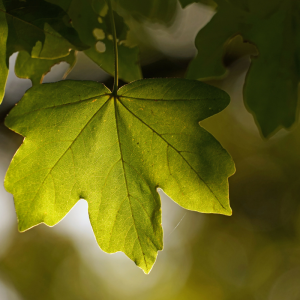 Imagine, being able to sit and read by the glowing light of your spider plant or cactus?! The idea isn’t as silly as it sounds, as the super smart people at MIT have taken the first steps towards making that vision a reality.

During the government-funded study, specialised nanoparticles were embedded into the leaves of a watercress plant, which made the plant give off a dim light for nearly four hours. The engineers believe that with more work, such plants will one day be bright enough to illuminate indoor spaces.

Michael Strano, the Carbon P. Dubbs Professor of Chemical Engineering at MIT and the senior author of the study says: “The vision is to make a plant that will function as a desk lamp — a lamp that you don’t have to plug in. The light is ultimately powered by the energy metabolism of the plant itself.”

Plant nanobionics is a new research area, pioneered by Strano’s lab, which aims to give plants novel features by embedding them with different types of nanoparticles. Previous projects include plants that could detect explosives! If you want to read the full science behind the glowing plant particles, take a look at the announcement from MIT.

And we thought humble watercress was only good for soups and salads! You could say that we now see it in a different light… 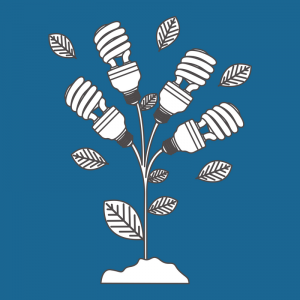 Lighting accounts for about 20 percent of worldwide energy consumption, so renewable, eco-friendly developments are always great news, but what could plant light realistically be used for?

The answer is what couldn’t it be used for! Anywhere you currently have a light situated in your home or office, could at some point in the future be replaced with a plant. Plants could be used not only for domestic lighting but for industrial and commercial lighting too. Imagine factories, offices and warehouses, full of glowing greenery!

In addition to being kind to the environment and looking attractive, plant lights may be good for us. The link between plants and human health has been known for a long time. Its something we could see employers who are concerned with employee well-being getting excited about.

What about external lighting too? The researchers at MIT have said that the technology used to make the plants glow could also be used as a spray on solution. The solution could be used to treat trees, giving us glowing streets and parks, and ridding us of unsightly street lamps in the process.

Plants as a realistic light source are some way off just yet, so in the meantime why not get in touch with IDES for all of your lighting needs?

We provide both commercial and domestic lighting services with not a spider plant in sight. Call us on 08432 894645, or send an email to enquiry@idesuk.com. One of our team will get back to you as quickly as possible.