Electric Charging Point Installation – Are We Ready For Electric Cars?

You are here: HomeBlogElectric Charging Point Installation – Are We Ready For Electric Cars?

Will 2017 be the year of the electric car, and are we ready for it? The electric car market is growing, with firms such as Nissan, Hyundai, BMW and Renault already manufacturing different models.

The Nissan Leaf is currently the world’s bestselling electric car, and the company has recently launched a second-generation model with and improved 40kWh lithium ion battery. It also has a 147bhp motor – 40hp more than the old model.

However, despite the increase in its manufacture, how widespread the electric car becomes will also depend, crucially, on people’s ability to charge their vehicles. There are questions, and doubts, about the availability, accessibility and efficiency of electric vehicle charging points across the UK.

As approved specialists in electric charging point installation, IDES UK is excited by the new developments in electric vehicles, but we’re concerned whether a sufficient charging infrastructure will be in place to both meet and drive demand.

While modern manufacturers are investing heavily in electric vehicles – VW, Mercedes, Honda and Jaguar Land Rover are all set to launch electric or hybrid models – the origins of the electric car go back surprisingly far.

There were electric cars in the late 1800s. Electric vehicles outsold all other types of car in 1899, and the following year they accounted for 28% of all cars produced in the USA.

However, their production peaked in 1912, and by 1935, the internal combustion engine had come to dominate car manufacture, as electric cars lost their popularity. 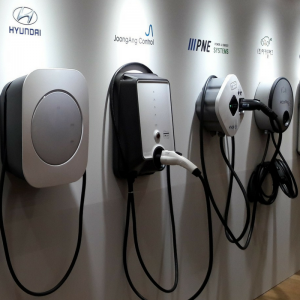 Interest in electric cars only began to grow again in the 1960s and 1970s, as the result of growing concerns about pollution.

In 1976, the US congress passed the Electric and Hybrid Vehicle Research, Development and Demonstration Act. This officially authorised new research into electric cars.

In the 1970s, there were two dominant models of electric car: Sebring-Vanguard’s CitiCar and the Italian Zagato-manufactured Elcar. Both were small vehicle designs, with maximum speeds of no more than 45mph.

For the 1972 Munich Olympics, BMW demonstrated its first electric car; but while organisers used the 1602 E during the games, it never went into full production.

In the 1990s, the Prius made people really sit up and take notice about fuel-efficient cars. Toyota produced the first model in Japan in 1997.

Tesla further raised the profile of electric vehicles in 2006 with its battery-powered car, which had a range of 200 miles.

includes a UK Government grant. The new model can achieve 0–62mph in about eight seconds, over three seconds faster than the current car.

It has a New European Driving Cycle (NEDC) range of 235 miles, which it can do on a single charge. This is 111 miles more than the original entry-level model of the vehicle.

With a full makeover to improve its efficiency, including a wind-resistant exterior and a semi-autonomous driver system, Nissan will be hoping that the Leaf captures drivers’ imaginations and broadens its overall appeal.

Fitted with the same 40kWh lithium ion battery as the Leaf, Nissan will also be selling an upgraded version of its NV200 electric van by the end of 2017.

Will Dyson Clean Up?

Best known for its pioneering vacuum cleaners, the engineering company Dyson has announced it will develop a new electric car. Its promising this will mark a radical shift in design. 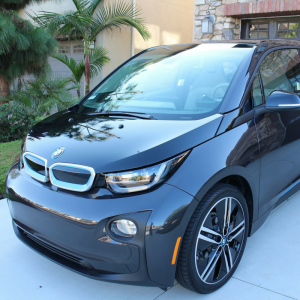 Dyson is due to launch its new electric vehicle in 2020, and has had a large team of staff working on this secret project.

As yet, there is no prototype, or even a dedicated factory where the cars will be built.

James Dyson himself has revealed that this has long been something he’s wanted to do, since the 1980s.

This adds to a sense of the global electric car market set to grow considerably, with more manufacturers entering it and competing for customers.

Are We Properly Prepared?

There are concerns that the current charging network will struggle to provide the right level of support for the growth of the electric car market in the UK. A study for the RAC Foundation motoring research charity suggests that the public charging network is currently insufficient to meet increased demand.

The UK Government has set a target date of 2040 to ban the sale of conventional diesel and petrol vehicles. For this plan to work, there must be the right number, and type, of electric vehicle charging points readily available to motorists.

The report suggests that the emphasis so far, has been on quantity over quality, leaving the UK with an unattractive, difficult-to-use network of charging points.

For the expansion, and take-up- of electric cars to continue, and for this to meet government targets, the charging network must be up to the job.

Meanwhile, there is another incentive coming in to encourage people to adopt electric cars. Nissan and the energy supplier Ovo will offer a vehicle-to-grid service, whereby they will pay electric car owners to let them use the vehicle’s battery.

This involves installing a special charger in the customer’s home, effectively letting the energy company manage the car’s battery, setting a minimum amount for the next day’s driving.

The company can then trade the battery’s electricity surplus, while keeping it charged using cheaper, off-peak periods.

Ovo claims that this could produce enough savings to cover the annual cost of charging an electric car, around £350 to £400.

As specialists in industrial and domestic electrical services, we can see the huge potential in the electric car as a part of everyday life. That’s why we offer our customers electric charging point installation. The electric car is coming. We’re ready. Are you?

Whatever your electrical needs or issues, email enquiry@idesuk.com or call 08432 894645.