You are here: HomeBlogLED Lighting Systems and Horticulture

The ‘LED revolution’ is well underway and with advances in technology the horticulture industry has adopted LED lighting for plant growth in a big way. A means of saving energy, improving efficiency and increasing yields, growers are definitely on to the next big thing!

How is LED Lighting Used In Horticulture?

Once extremely expensive to purchase, the lowered costs of LED lights have seen a surge in farmers turning to lights either for environmentally friendly credentials or to save money.

Growing plants indoors basically means that farmers have to try and replicate the conditions in which the plant grows best. Delivering just the right amount of light at the times the plant needs it, alongside water and nutrients. White LED grow lights provide a full spectrum of light designed to mimic natural light. The spectrum used varies, however, white LED grow lights are designed to emit similar amounts of red and blue light with the added green light to appear white. 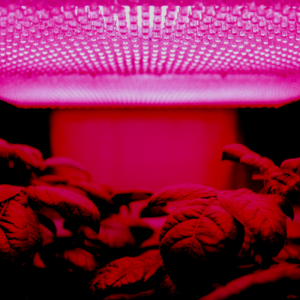 A large number of plant species have been assessed in trials, as some homework is required – different plants or vegetables have different preferences for light levels and type. Plant performance of mint, basil, lentil, lettuce, cabbage, parsley, and carrots have all been proven successful with the performance of growth and final chemical composition said to be equal to or better than field growing conditions. Even ornamental flowers are said to have produced more flowers in optimal conditions, these include primula and marigold.

As reported by Al Jazeera news, farming in a controlled environment means the plants grow within a certain time using 98 percent less water. One farm reported that due to the level of control they have over the climate and it’s consistency, they are able to grow heads of lettuce in just 42 days – that’s 3 to 17 days faster than it would take if grown in a field.

LED’s For The Home

Aside from commercial growing, LED lights have also become accessible to the home gardener or hobbyist. The reduction in price means that you can now set up an indoor lighting rig that is relatively cheap to run and looks reasonably attractive. Even IKEA is selling indoor plant lights that can be incorporated into shelves or bookcases.

Why would you want to use LED plant lighting in your home though? Aside from the obvious (LED lights have become more frequently used in Cannabis growing), LED lights are a great way for people who live in small spaces and don’t have access to outdoor space, to grow veggies or who just want an attractive indoor feature! They are a great idea if you would like to introduce more greenery to your home, but your home is quite dark and doesn’t receive very much natural light.

What Are The Benefits? 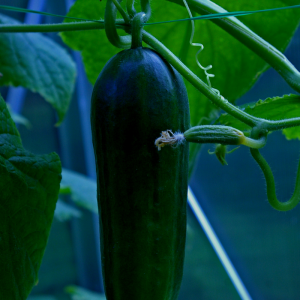 Using lighting to grow indoor plants isn’t a new idea; Russian botanist Andrei Famintsyn was the first to use artificial light for plant growing and research way in 1868. But historically, LED lighting was very expensive so wasn’t explored as an alternative until relatively recent times.

Although LED grow lights are often more expensive to purchase, they are much more efficient and longer lasting than other types of indoor lighting. They also have the added benefit of not getting as hot as other types of lighting – this makes it easier to avoid ‘leaf burn’ on tender plant leaves.

Another benefit of LED’s is the ability to control them remotely, and to a much more accurate degree than conventional lights, meaning that farmers are able to look after crops in a much more intelligent way.

The Future of Plant Growing

The potential for LED horticulture is massive, especially in the UK where we are very limited on what fruit, vegetables and flowers we can grow due to our changing seasons and often unpredictable weather.

Asda announced late last year that they can now supply British grown tomatoes all year round, thanks to the use of LED technology. The farmer working with Asda, Andy Roe, said; “while we may be the first UK growers to work with the technology, this is the way forward for horticulturalists across the globe.”

Imagine, if more and more farmers start to take up this method of growing food? Not only is it better for the environment, but it would lead to us as a country being less reliant on importing fruit and vegetables.

As we wrote in a previous blog, LED lights have seen leaps and bounds in their development making them an attractive option for lots of business types. It looks like we can now add farming to that list!

IDES UK specialises in LED products for specific industries, such as mechanic and garage lighting. We also provide a range of industrial and commercial lighting solutions.

Discover how we can work with you to make your business more energy efficient. Email enquiry@idesuk.com or call 08432 894645. We’re ready for the future of lighting. Are you?